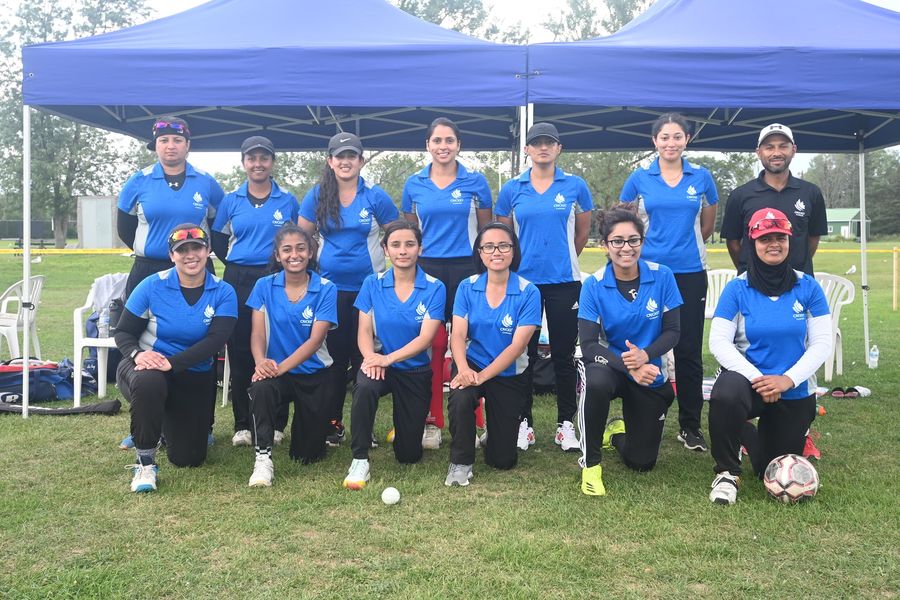 Following the recently held August 13-15 Canadian National Women's Championships, Canada's National Women's Women’s Training Squad has been announced.The
Squad will begin training
immediately in preparation for
Canada’s participation in the
upcoming America’s Qualifier for the
ICC 2022 Women’s T20 World Cup.
The Qualifier is scheduled during
the month of October at a date and
venue that are yet to be officially
announced by the ICC.
The 20 Member Canadian National
Women’s Training Squad is as
follows:
Hala Azmat, Maliha Baig, Sonali
Chandok, Mukhwinder Gill, Kate
Gray, Mahrukh Imtiaz, Krima
Kapadia, Mahwish Khan, Miryam
Khokhar, Kamna Mirchandani,
Jasmina Oldham, Zylene Ortiz,
Achini Perera, Kainat Qazi, Sristhi
Raha, Kadie Ramdath, Divya Saxena,
Hiba Shamshad, Sana Zafar and
Saniyah Zia. Many of those selected
recorded outstanding performances
for their respective team’s during the
Women’s National Championships,
which was played at the King City
multi-turf wicket equipped Maple
Leaf Cricket Club.
Miryam Khokhar’s aggregate of 191
runs from 4 innings batted, at an
average of 95.50 and a 102.14 was
at the top of the Championship
leaderboard. She was closely
followed by Divya Saxena who scored
140 runs from 3 innings batted at an
average of 70.00 and at an incredible
172.84 strike rate.
Sonali Chandok, who also goes by
the name of Amarpal Kaur, was third
on the leaderboard of the National
Championships’ outstanding batters.
She amassed 118 runs from four
innings batted at a 39.33 average and
with a 107.27 strike rate. Achini Perera,
who scored 99 runs from 3 innings at a
commendable 33.99 average and highly
acceptable 102.08 strike rate, was also
impressive during the Championships.
Perera was fourth on the leaderboard
for the Championships’ top batters.
Saniyah Zia, took 6 wickets from four
matches played at an 8.5 average
and 3.92 economy rate to emerge as
the Championships’ leading bowler.
Mukhwinder Gill with 5 wickets in four
matches played was close behind as
one the leading wicket-takers. Gill’s

One To Watch: Siddh Ladd