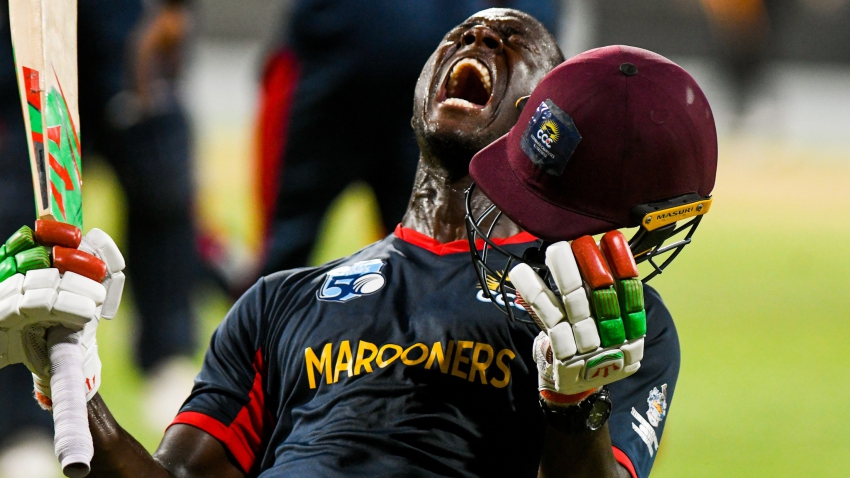 Having taken first strike, the Guyana Jaguars were dismissed for 204 in 49.1 overs. Tagenarie Chanderpaul, the son of the former West Indies legend Shiv. Top scored with a beloured 56 made from 95 balls but the remainder of the Jaguars batting failed to perform as wickets fell regularly as a result of some fine bowling from the Marooners. Jermaine Levy with 4-43 from his 10 overs was the Marooners’ most successful bowler. He was ably supported by his Skipper Carlos Brathwaite who claimed 3-42.

Set to make 205 for victory at a required run rate of just 4.1 runs per over, the CCC Marooners easily reached their target off 37.4 overs for the loss of 4 wickets.Kyle Corbin 72 (53) and Kjorn Ottley 45 (84) added 109 for the first wicket. Skipper Carlos Brathwaite then posted a quickfire 30 not out off 25 balls to see his team home to victory. For the Guyana Jaguars Romario Shepherd claimed 2-41 off 6.4 overs.

In the October 25 and 26 Semi-finals that had been held at Kensington Oval to determine the October 28 finalists, Guyana Jaguars had defeated the Jamaica Scorpions in a close encounter while the much vaunted and star studded Trinidad Red Force had succumbed meekly to the eventual champions the CCC Marooners. Summary Scores of the two semi-final matches were as follows:

Thanks to the kind, outstanding and generous support of the Barbados Tourism Authority in association with Accra Beach Resort and Courtesy Car Rentals, Cricket Canada Wickets Publisher & Editor Tony McWatt was on site in Barbados to witness the Kensington hosted semi-finals and final.