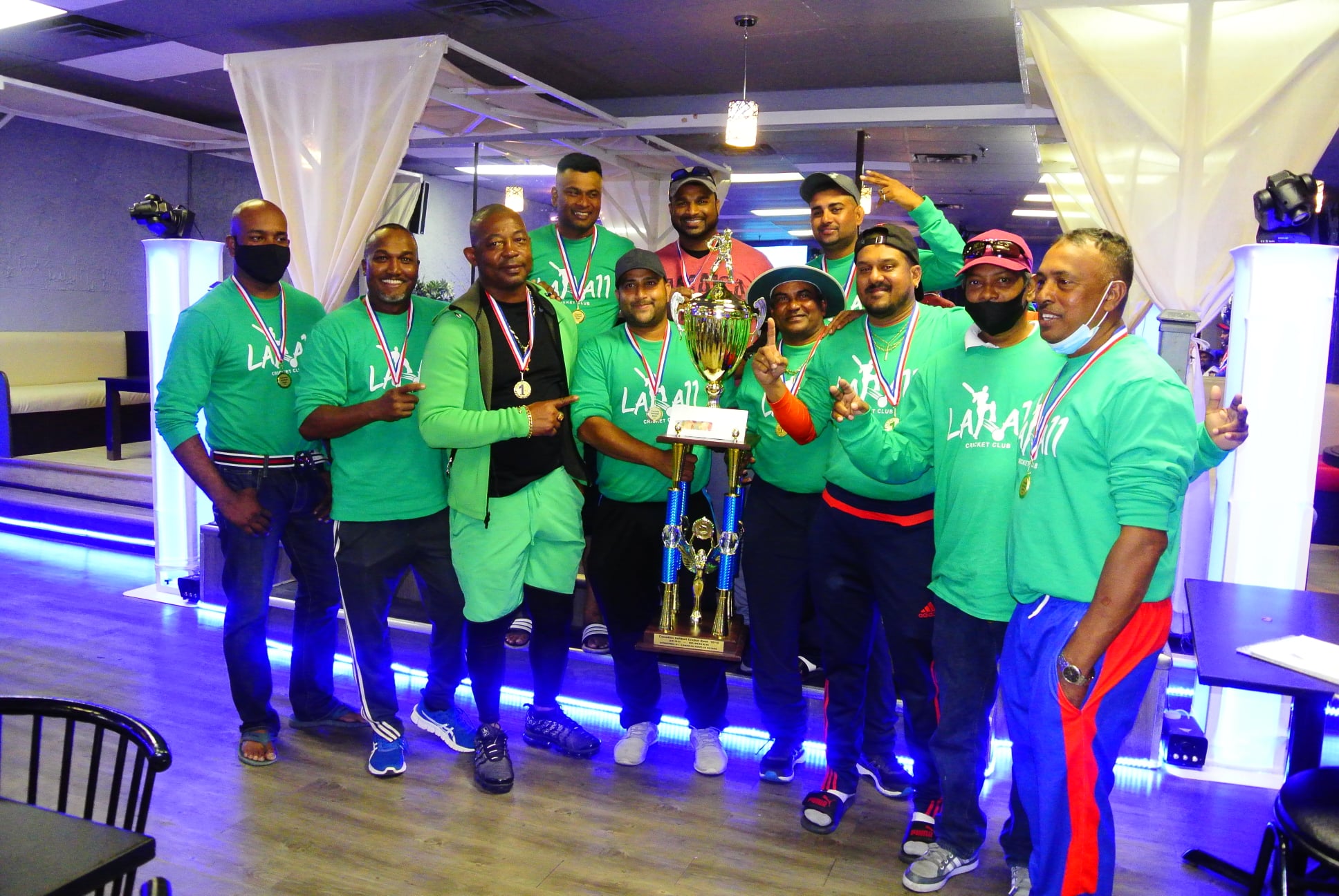 AS was the case for many sports worldwide in
2020 due to the COVID-19 pandemic, organised
softball also suffered drastically with the four major
associations cancelling proceedings for the entire
season. The Ontario Softball Cricket League (OSCL),
Ontario Masters Softball Cricket Clubs (OMSCC),
Ontario Roundarm Softball Cricket Association
(ORSCA) and the Canadian Softball Cricket
Association (CSCA), mindful of the pandemic and
the effect it could have had on their players, decided
to cancel their respective 2020 seasons.
The OSCL, which also celebrated its 25th anniversary
this year, pointed out that “our main priority is the
well-being of our players and their respective family
members. We have taken all possible scenarios into
consideration and decided it’s the best option to be
safe than sorry.”
OMSCC president Azeem Khan disclosed that in light
of the ongoing impact of COVID-19 pandemic, his
board has made the difficult decision to cancel the
2020 Season.
ORSCA vice-president Mitch Bacchus pointed out
that in view of the prevailing circumstances, his board
executives had taken the decision to cancel the
season out of an abundance of safety for its players.
Bacchus disclosed that the Board’s decision was
made in accordance with the Ontario Provincial
guidelines. He further urged players to stay safe and
ORSCA is looking forward to the 2021 season.
CSCA president Rishi Mohan pointed out that most
of the teams in his association were in favour of
cancelling the regular season and the executives
complied with the majority decision.
The newly-formed Canada Premier Softball Cricket
League (CPSCL) which had previously said it will
continue to monitor and follow local and national
health directives while preparing to open its inaugural
season, also made a decision to suspend its season.
However, in spite of the cancellations, the inaugural
Canada Softball Bash 10/10 tournament which
ended at the Greenbriar ground, Brampton Ontario
on Sunday, September 20, took centre stage with
Lara XI trouncing Northern Warriors with two balls to
spare in a nail-biting final.
Northern Warriors had earlier beaten Canadian
Legends by 11 runs after they had won their opening
two matches of the two-day tournament.
Set 84 for victory, after limiting Northern Warriors to 83
all out in their allotted 10 overs, Lara XI reached the
target off the last delivery.
Lara XI collected $4000 (Can) and the winning trophy
while runners-up Northern Warriors were rewarded
with $1000 and the runners-up trophy.
Meanwhile, the pandemic also affected the OSCL’s
plans to celebrate its 25th anniversary in fine style. The
executives are however urging players to look ahead
to the 2021 season. “We are confident that there will
be a 2021 cricket season and we are preparing for it.
According to new president Ravin Babulall, “we will
be using the teams from the 2019 and 2020 season.
Using this model, we will have 16 teams and we are
proposing two divisions, which will be decided at a
later date.”
According to Babulall, “we are also looking to play
20 over games (regular season) on Sundays only and
knockout games on Saturdays. The aim is to start on
the Sunday after the May long weekend. Using this
model, the season should be completed before the
start of September.” Babulall however acknowledged
that these decisions will be dependent on whether
it’s conducive to play softball.