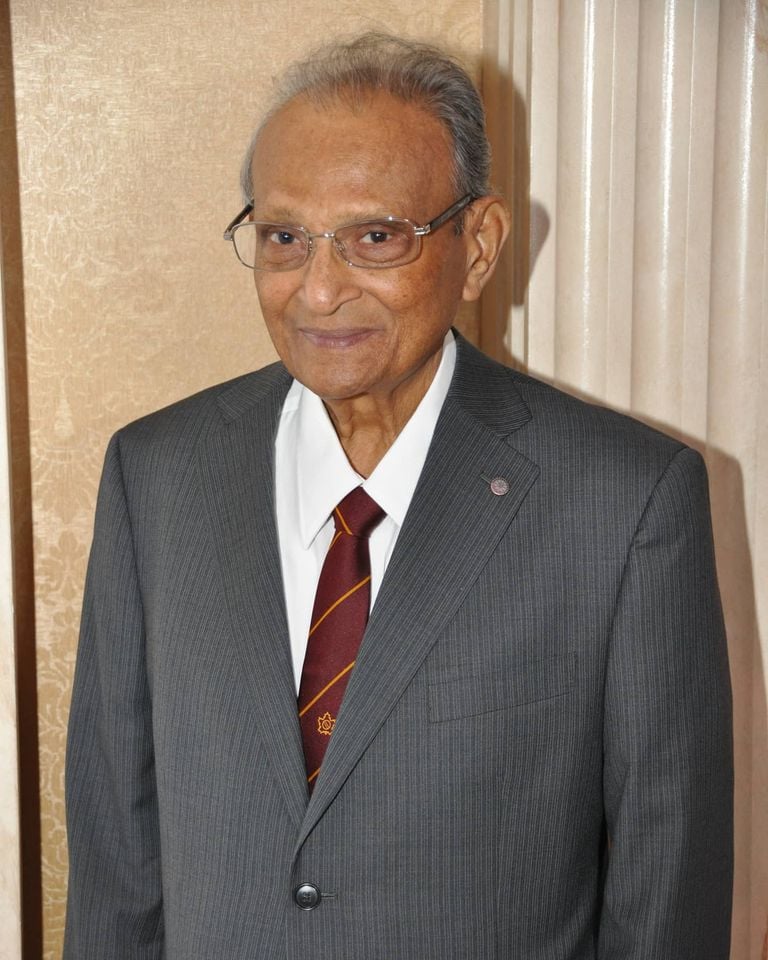 HAILED as a cricket administrator extraordinaire by many, Richard Ramlall passed away on Saturday,
December 12, 2020, reportedly from the dreaded Coronavirus following weeks of battling the disease.
The 85-year-old Ramlall, who was also credited with introducing T20 cricket on the global scene,
despite not being given the accolades for his innovation, made a sterling contribution to cricket
especially at the provincial level in Ontario.
Having held the position of President of Victoria Park Cricket Club (VPCC) for 43 years, Ramlall stood
down in 2016 but with cricket still very much in his blood, still found the time to attend a few matches
during the Summer.
The Guyana-born Ramlall, who migrated to Canada in 1968, was also a long-standing executive
member of the Scarborough Cricket Association (SCA) and was instrumental in the popular Inter-city
games, featuring Scarborough and Markham but in an interview a few years back, lamented the
fact that there was no follow-up and “the whole thing died a natural death, despite full support by
the politicians.”
Prior to migrating, Ramlall played briefly as an all-rounder in Wight Cup tournaments in then British
Guiana but soon after donned colours for Marylebone Cricket Club (MCC), playing under the
captaincy of Mike Brearley, considered to be one of England’s finest leaders. Apart from Brearley,
other well-known names in the MCC side were Fred Titmus and Dave Parfitt. Ramlall’s brief stint saw
him achieving the remarkable figures of nine wickets for 10 runs in his debut game versus Surrey who
were dismissed for a paltry 28.
A product of the prestigious Queen’s College in Guyana, where he was successful at both the Ordinary
and Advanced Levels at the General Certificate (GCE) examinations, Ramlall gained employment
at the then Public Works Department in Kingston, Georgetown before departing for England in 1956.
Ramlall left with the sole intention of studying medicine but after two years at King’s College London
University had a change of heart since according to him he “couldn’t stand dead bodies.”
The youthful Ramlall competed for, and won a scholarship to Durham University in Newcastle where he
studied for a Degree in Mechanical Engineering and due to his outstanding scholastic achievement,
copped another scholarship to London University Imperial College, South Kensington. By then, he had
already secured a BSC in Mechanical Engineering. After deferring the second scholarship, Ramlall
decided to return home to then British Guiana in 1962 where he took up an offer with Bookers Sugar
Estates as a mechanical engineer at Enmore Estate. Ramlall was promoted to senior engineer after
just one year and transferred to Uitvlugt Estate where he worked for about five years. Despite the
promise of further advancement and pleas by the management of Bookers Estate, Ramlall migrated
to Canada in 1968.
Paying tribute to the late Ramlall, Cricket Ontario said: It is with great sadness that we have learnt
of the passing of Richard Ramlall, a stalwart cricket administrator. Richard has helped the sport of
cricket and provided countless cricket players, especially youth to play cricket.
On behalf of Cricket Ontario Executives and its members, we send our deepest condolences to
Richard’s family and all the members of Victoria Park Cricket Club at this difficult time.
“The cricket fraternity mourns with you and celebrates the extraordinary life of this remarkable person
who devoted his countless time to the sport and the cricketers.

“The efforts of the late Richard Ramlall stand as a testament to the long-standing establishment
of Victoria Park Cricket Club, proof that one person’s simple effort and dedication can make a
difference. The respect of all those involved in cricket in Ontario and Canada is fully appreciated
and inspired by his commitment. We are sure his legacy will stand as an example to all cricket
administrators.”
Current SCA president Shiv Persaud described Ramlall as a dear friend and mentor. According to
Persaud, Ramlall impacted and influenced his life and many others like you would never know. “Your
legacy is strong and will live on! RIP Legend!”
Former Canadian National wicket-keeper and current selector Surendra Seeraj, in a Facebook post,
described Ramlall as an amazing mentor who treated all members of Victoria Park as his sons.
“From my early days as a junior, playing for Victoria Park Cricket Club you always believed in me.
You saw me grow from a young cricketer to going on to represent Canada. You recognized my
leadership qualities early and made me vice-captain and then eventually the captain. I played for
VPCC under your presidency for 19 years. Even though I ended up moving on to play for a different
club, a piece of me is and always will be with Victoria Park CC. You were responsible for introducing
T20 cricket in Scarborough from decades ago before the rest of the world even knew anything
about T20 cricket. You were a true pioneer of the game.”

LOOKING BACK 2020: CHALLENGES, PROGRESS AND THE PATH FORWARD: 2021 BECKONING