Cricket B.C. strives to foster and promote the sport of Cricket throughout British Columbia and Canada. Its activities offer opportunities for excellence at all levels of participation from recreational to international.

The West Coast Cricket Organization was initially incorporated on October 13, 2004 under the provisions of the Society Act of British Columbia. The Association carries on business under the assumed name of Cricket BC.

Affiliated groups include the BC Mainland Cricket League, the Victoria and District Cricket Association, and the Vancouver Cricket Umpires and Scorers Association. 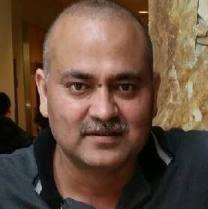 Towards the fulfillment of its player development objectives Cricket BC recently announced the appointment of Kulbir Jaswal as Head Coach of Team BC.

Coach Kulbir is the only Level 3 certified Coach from BC as he recently completed a successful coaching certification through a collaborative effort between Cricket West Indies and the England and Wales Cricket Board (ECB).

Cricket BC most recent initiatives included the hosting of a June 18, 7 Selection Camp, which was held Surrey’s at Sullivan Heights ground . The Camp was conducted by BC Head Coach Kulbir Jaswal and Anil Khanna.

Cricket BC’s hosting of the Camp was part of the preparation for the Province’s team in the U17 Canada Cup will be held between 3rd-8th July at Newton Athletic / Sullivan heights in Surrey, BC. 6 teams from across representing BC, Alberta, Saskatchewan, Manitoba/Quebec, Ontario Red and Ontario Green will participate in the Tournament.

During the first three weeks of June Cricket BC also hosted open trials in preparation for the Western T20 Tournament, which was held in BC on June 23rd/24th.