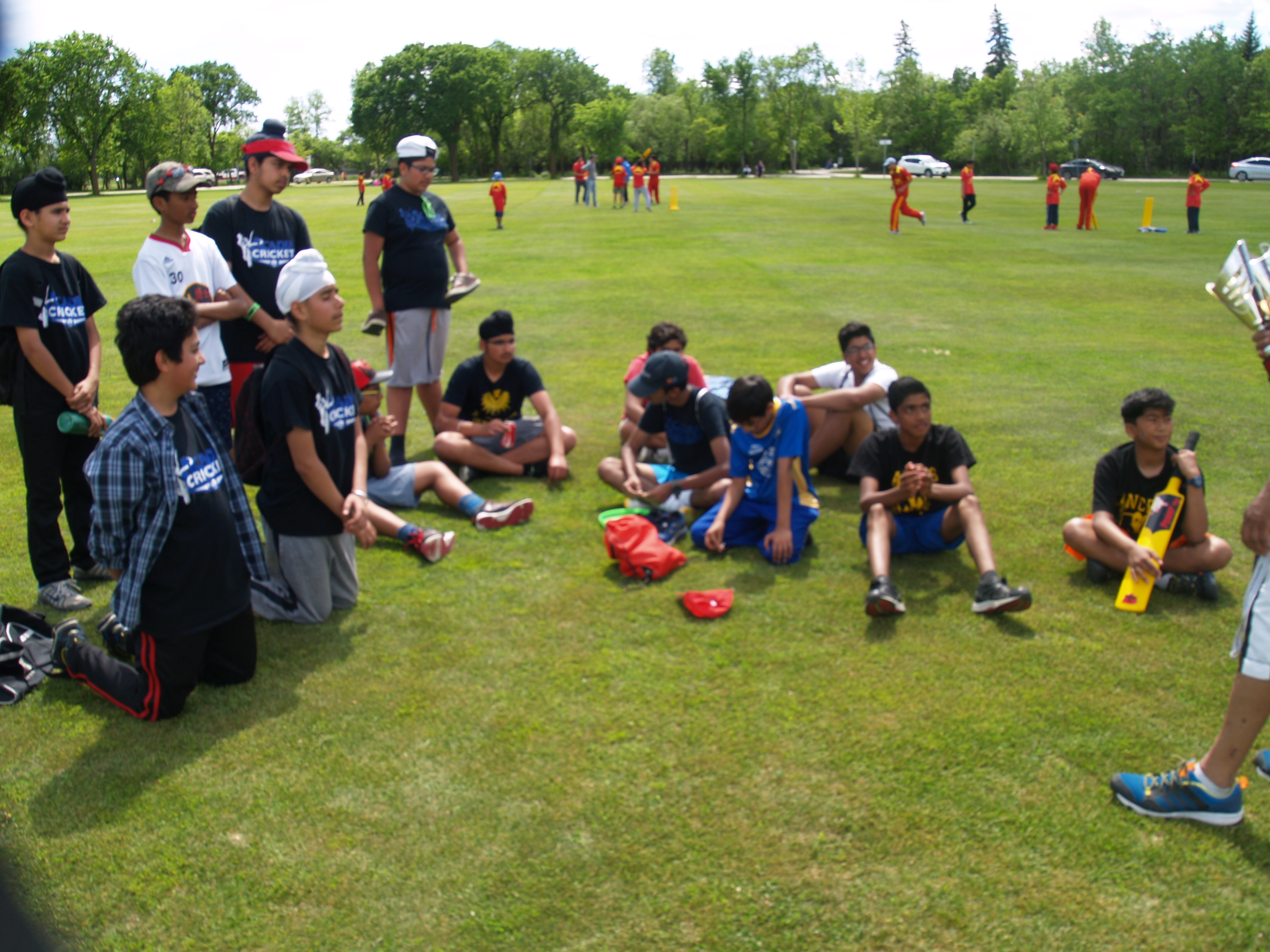 The Manitoba Cricket Association’s Mission is to promote, grow and develop cricket in Manitoba by providing the best support for its athletes, coaches and officials. Towards that end and as an active Cricket Canada member, the Association engages in year round cricketing activities.

The major thrust of Manitoba cricket is in the outdoor league competition that takes place from May to September. Although most of the games are played at Assiniboine Park [Winnipeg], there are other centers in Winnipeg – Waverley Heights, Elwick Community Center and Gimli.

This league is generally organized in multiple Divisions with teams playing 50 (Premier) and 45 (Divisions 1 & 2) overs matches. The winner of the Premier Division earns the right to represent the province in the Western John Ross Robertson Tournament which annually declares the Champion Club in Western Canada.There is a promotion / demotion process in play as well involving the top and bottom teams in all divisions.
In the regions Brandon [Westman Region] and Gimli [Interlake Region] host games in the summer.

Manitoba also hosts a T20 tournament every year for the lower division teams whether time permits.The Provincial team participates in regular matches in May and early June to get prepared for the National tournament.

At the Junior level much of the participation takes place at the grass roots level in schools and community centres and at camps. A week-long Provincial camp for youngsters from 6 to 18 takes place annually in the latter part of August. It is a structured camp with skills and drills in the morning and actual games in the afternoon. The camp has been going on for over 18 years and any youngsters wishing to play, meet others and have fun just before returning to school are more than welcome to attend.

There are U-19 and U-15 programs aimed at players aspiring to provincial and national/international teams. Coaching and training of juniors at the grass roots and development levels take place at community centers throughout the winter.Training sessions are on Saturdays from 9:15 am to 12:00 noon at Our Lady of Victory school.

Cricket BC Placing A Strong Emphasis On Youth Cricket Development