Cricket Ontario is making a second attempt to address the growth and development of Canadian Women’s cricket, as well as the its resurrection at the Provincial level. Towards this end, Cricket Ontario has once again generated the interest and participation of a very passionate, highly driven, group of women and coaches who are committed to the successful implementation of this worthwhile initiative.
At the request and invitation of Cricket Ontario’s Vice-President Praim Persaud, a very vibrant Cricket Management Group of 17 individuals have undertaken the challenge to ‘Rekindle & Ignite’ Women Cricket.

These very passionate individuals have been appointed to three (3) SubCommittees to address the following immediate goals and objectives towards the initiative’s implementation during this year’s 2020 Canadian cricket Season:
■ The Women High Performance (HP) Camp – To date this has been an extremely successful undertaking with the first Trial having attracted 37 registrants. From this pool of registrants, 30 players were in attendance at the actual Trial. A second Trail was also staged to evaluate those who could not attend the first, ultimately resulting in 30 players who were selected to participate in the Final Camp. 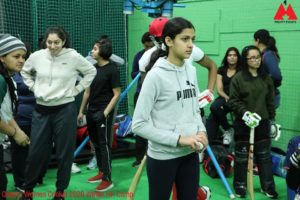 One of the main objectives of Cricket Ontario’s “Rekindle & Ignite” Women’s Cricket initiative, will be to create a least three(3) Women’s Teams of varying levels of strength and performance. This will in turn serve to pave further pathways for Ontario’s eventual development of a very strong and skilled Provincial Women’s Team – one that can hold its own in any competition against all opposition.
It will also provide a development pathway for player escalation. Based on their desire and passion to be the best and to further enhance their possession of the skills, performance and physical fitness that is required to compete and be considered for the next level – National Team consideration and possible selection!

The focus of the seventeen member Management Group is ultimately to ensure that Women’s cricket continues to be recognized and given due consideration and as equitable an opportunity as its counterparts (Youths and Senior Men) in the overall growth and development of the sport both within the Province and at the Canada, National level! It is therefore now time for all current and aspiring female cricketers to not only step forward and take accountability, but to also be an active part of the movement that will shape the destiny of Canadian Women’s Cricket, now and for the future.