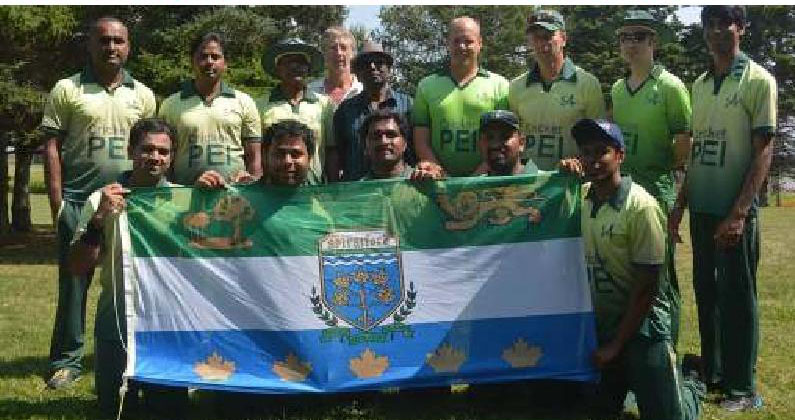 The PEI Cricket Association is dedicated to promoting the sport and culture of cricket for the benefit of all Islanders of all ages from its base at Tea Hill Park in the Town of Stratford. Cricket has a long and distinguished history on PEI.

The Charlottetown Cricket Club, founded in 1850, was the very first sports organization on PEI. At that time, it was common for local cricketers to take on teams of sailors from every part of the world. So popular was the game that a cricket field was deemed an essential component of the Charlottetown’s Victoria Park when the land was opened to the public in 1873. And the field saw many illustrious names play an innings or two—Henry Cundall, the owner of Beaconsfield at the time, describes in his diary that on 18 June 1884 the Prince of Wales, the future King George V, was part of a Royal Navy squad that played against Charlottetown. The last ground to be built on the Island was on behalf of former PEI Premier James Pope who opened his own pitch at Ravenwood in 1909.

The popularity for the sport dwindled in the twentieth century, but cricket is back! Thanks to the generosity of the Town of Stratford, the True Sport Federation and Cricket Canada, cricket has a new home on the Island at beautiful Tea Hill Park

2017 was another year of growth for the Prince Edward Cricket Association (PEICA), in key areas, including player involvement, community recognition and governance. A newly established team and the installation of a mat pitch in the city of Summerside expanded cricket’s presence to the northern part of the Island for the first time and garnered some good local coverage from news and media outlets.

There were 44 senior registered players during PEI’s 2017 outdoor league, an increase on the 2016 numbers. PEI’s indoor winter league had about 20 players attending on a regular basis – again, an increase on previous years.

An increased number of matches were played during last season leading to a much improved performance of the Provincial team at the Cricket Newfoundland hosted Eastern T20. While PEIL did not win any games, they were far more competitive in all of their matches and had some excellent performances from some of the newer players, who were experiencing the Provincial game for the very first time.

PEI’s primary goal remains the further development of cricket at the grassroots level. Towards this end the Association will continue to initiate connections to schools and summer camps to introduce Island youngsters to the game. Clinics were held at Holland College during their 2017 Summer Camps in July and August, consisting of teaching the basics to 50 children ages 5-12, and hosting a series of fun games, putting their newly learned skills into action.