New­ly elect­ed pres­i­dent of Crick­et West In­dies (CWI) Ricky Sker­ritt made the an­nouncement at an April 11 Press Conference staged at Antigua’s Coolidge Cricket Center that there is a new coach tak­ing the team to the World Cup. He also announced the appointment of a new Chairman of Selections and indicated that a new se­lec­tion pan­el will be pick­ing the said squad. 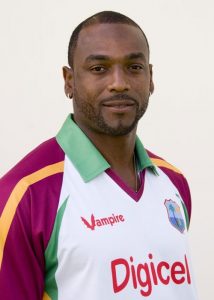 President Skerritt in announcing the appointment of Reifer, the former West Indies Captain and award winning coach, as the Interim Head Coach noted that it was “because he has lived the same principles west Indian excellence that we now insist must prevail in our cricket.”

Up to the end of 2018 Floyd Reifer had been identified as the outstanding emerging local coach. He displayed this by leading the West Indies A team successfully, including victories against the England Lions, and ended the past year by coaching the Senior men’s team to a T20 series win in Bangladesh. Reifer’s also played a key coaching role in helping to set up the Combined Campuses and Colleges (CCC) Marooners impressive win in the 2018 Regional Super 50 tournament.

Reifer now takes over un­til the end of the World Cup. He will al­so be one of the men in the three-man pan­el to se­lect the team for the event. The oth­ers are Ja­maican Robert Haynes who will chair the se­lec­tion com­mit­tee, re­plac­ing Bar­ba­di­an Court­ney Browne. The oth­er se­lec­tor will be crick­et de­vel­op­ment di­rec­tor Jim­my Adams. The for­mer West In­dies bats­man has been in the role for a year now and will now serve as a se­lec­tor as well. The oth­er se­lec­tors out the door are Lock­hart Se­bastien, Travis Dowl­in and El­dine Bap­tiste.

Sker­ritt has promised to en­sure that the strongest pos­si­ble West In­dies team goes to Eng­land to com­pete at the game’s show­piece. The West In­dies won the in­au­gur­al tour­na­ment in 1975 and fol­lowed up with the crown at the sec­ond edi­tion in 1979. Set a meager 183 from 60 overs to win the third event in 1983 against In­dia, the re­gion­al side sur­pris­ing­ly lost by 43 runs.

Sker­ritt has called on the se­lec­tors to en­sure that every­one is giv­en a fair look in and they must be judged on their per­for­mance on the field of play and not off the field.

Addressing a room full of local media, during the April 11 Press Conference, President Skerritt indicated that the strategic decisions that were being confirmed publicly are designed to bring back that sense of pride and aspiration to the West Indian senior men’s team that has been too often absent in recent times. “In order to achieve a renewed sense of purpose and excellence, difficult choices and challenging decisions have been made.”

President Skerritt further noted that the changes that have been triggered are therefore more than a simple change in personnel, or a shake up amongst the ranks. “This is a calculated strategic move designed to reignite the passion for our culture – a West Indian culture where our cricket is being put back where it belongs, at the very center!”

“All of our decisions are guided by a ‘Cricket First’ mantra that was so readily welcomed by stakeholders everywhere, who told us to ensure that we could put the best available players on the field. In order to do so, we have found it necessary to immediately adjust our selection policy to become more open, inclusive, and player-centric. I am therefore pleased to confirm that we have terminated the old embedded selection policy which secretly, but actively, victimized some players and banished them from selection consideration.”

President Skerritt indicated that as a means of ensuring that Cricket West Indies new all-inclusive policy could be implemented immediately and effectively, his Board had found it necessary to also make personnel adjustments. As such it was his pleasure to officially announce that the new Interim Chairman of selectors is Coach Robert Haynes, who is the most experienced and best suited for this responsibility at this time.

“We are confident that in Mr. Haynes we have found an interim Chairman who shares the philosophy of inclusiveness and therefore believes in our new selection policy. Because of his impressive track record of good relations with players and past players, we have no doubt that My Haynes will engage with players everywhere, strictly in the interest of what is best for West Indian cricket.”

In keeping with the CWI Election platform promise he and his Vice President running mate Dr Shallow had made to re-evaluate the system of team selections, President Skerritt also indicated that the Board of Directors have agreed to set up a task force to undertake a comprehensive review of the system of selection with the intention to identify the best possible practices that can lead to the best outcomes. The expectation is that this review will be carried out over the next three months.

President Skerritt has suggested that the CWI Board’s landmark decision to immediately introduce a well suited young West Indian professional as our men’s team coach is a clear indicator of the seriousness of its West Indian first policy and represents the commitment to celebrate the best of what it means to be West Indian. “This decision also underscores the need for fresh thinking, and an even more urgent need to embrace the new inclusive selection policy