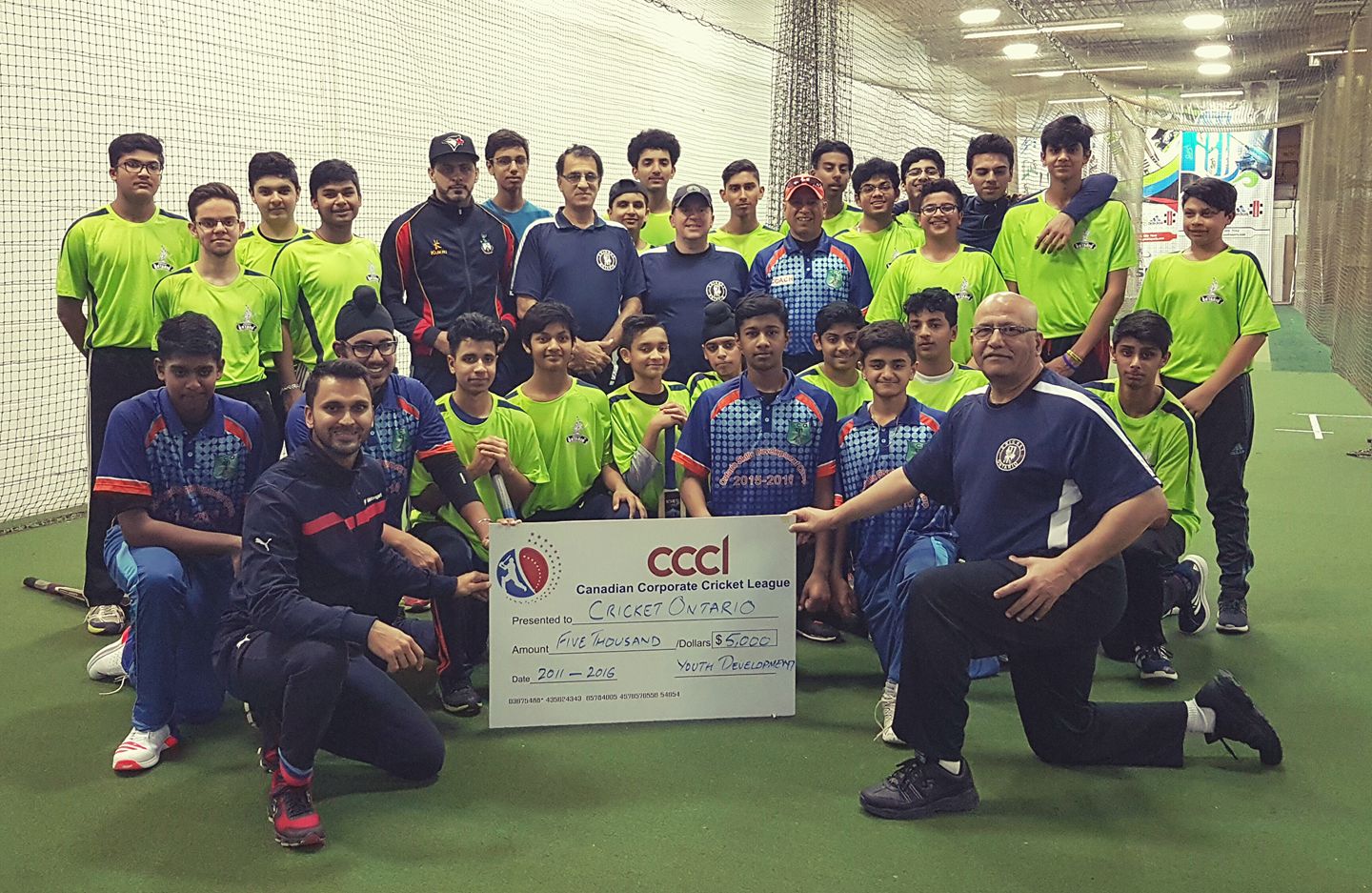 As a Mechanical Engineer with a Masters in Computer
Science and currently pursuing an MBA, Farhan
Khan’s career as a seasoned Management Consultant
for reputable Fortune 500 organizations (Microsoft,
Accenture, EY) has now been ongoing for over twenty years!.
Farhan’s focus areas are strategy and technology consulting and
he is passionate about helping people and organizations meet
their business, technology & personal objectives.

As a volunteer, Farhan also dedicates significant time to Cricket development
at multiple levels, including several National and Provincial
administrative roles, as well as on-hands-on coaching for youth
teams.

Farhan grew up in the shadow of his father who was an active
sportsman. From the time he was five years old Farhan would,
as a spectator, accompany his Dad to his field hockey and
cricket games. While growing up, Farhan, however, also actively
participated in and won accolades of his own in cricket, field
hockey, swimming, badminton, and track & field. Farhan started
playing cricket in elementary school and then led college and
university teams through notable competitions.

Upon immigrating to Canada 20 years ago, Farhan took a break
from cricket to focus solely on re-settling, not unlike most
immigrants. A few years later, Farhan picked up cricket again,
deciding to not just play but also to give back by contributing
both on and off the field.

As a player Farhan became active in the Toronto & District
Cricket League. As a middle-order batsman and spinner at the
Elite/Premier level, Farhan enjoyed the privilege of being valued member of his team, scoring 6,000+
runs and capturing 110 wickets during his playing career.

Most recently Farhan has been serving as the League’s Vice President of Operations. He and
his team are responsible for enhancing the League’s operations
including scheduling, communication/negotiations with the
City of Toronto, as well as supporting members throughout each
playing season (disputes, information requests etc.).

Given his technical background, Farhan’s personal focus has
been on enhancing T&D’s digital presence, as well as providing
equal opportunity at the King City Maple Leaf CC fields to all
T&D clubs to meet the evolving needs of membership. Farhan
works with his team to enhance the digital media and scoring
systems to align with modern times. Farhan’s work also
focuses on creating efficiencies in processes including City
permit acquisitions, internal scheduling, discipline and member
communication.

At Cricket Ontario, Farhan’s portfolio focuses on supporting the
organization’s strategic objectives with regards to infrastructure
development, as well as increasing cricket footprint within the
province with a keen focus on youth and women’s
cricket. In terms of results, Farhan continues
to work with politicians, cities, and various
organizations to develop, align and provide the
best facilities & resources for both women and
youth.

With regards to corporate cricket, Farhan and his
team realized a gap early on when they noticed
that many working professionals were looking for
a shorter format of the game in quality conditions.
This gave birth to the idea of Canadian Corporate
Cricket League (CCCL). Since 2009, CCCL has
been providing cricket to working professionals
who are looking for a simple, turn-key and high quality
solution for their cricketing needs.

CCCL aims to promote the game of cricket within
the Canadian Corporate sector by providing a
competitive, yet friendly environment for busy
corporate individuals to enjoy the game and who
may also be seeking further opportunities to
network with similarly minded individuals.

CCCL has also been providing part-time employment
opportunities for summer students. It has also
paved the way for aspiring students and graduates
to network with accomplished professionals and to
explore employment opportunities.

Given his contributions, Farhan was elected as Secretary for Cricket Canada (CC)
in 2020 and continues to serve Cricket at the highest, National, level. As Cricket
Canada’s Secretary, he is responsible for providing communication support to
the Board, through the timely and accurate collection and sharing of information
directly related to CC’s strategy and vision.

As CC Secretary, Farhan’s work also aims to ensure that the Board is kept informed
and that its activities are appropriately documented for use by all members.
This includes keeping copies of the organization’s bylaws and the Board’s policy
statements as well as lists of officers, Board Members, committees and General
Membership. He is also responsible for keeping records of Board attendance,
ensuring there is a quorum at Board meetings, recording all motions and decisions
of the meetings and conducting Board correspondence.

Outside of and in addition to his volunteer administrative duties, Farhan is also
a certified coach who really enjoys the privilege of coaching the U12s, U14s
and U16s. He currently serves as a Youth Coach at Toronto Cricket Skating
and Curling Club to which he brings his first-hand and on-ground experience
to administrative tables for the further enhancement of the foundations of
Canadian youth cricket.

When it comes to youth cricket development philosophy, Farhan focuses equally
on the mental aspect and approach to the game as well as the technical skills.
Farhan believes in developing disciplined, respectful, and competitive athletes
through industrious work ethic, perseverance while enabling best-of-class
resources for youth. Farhan has accompanied youth teams on international tours
and continues to mentor college and university students (formally & informally).