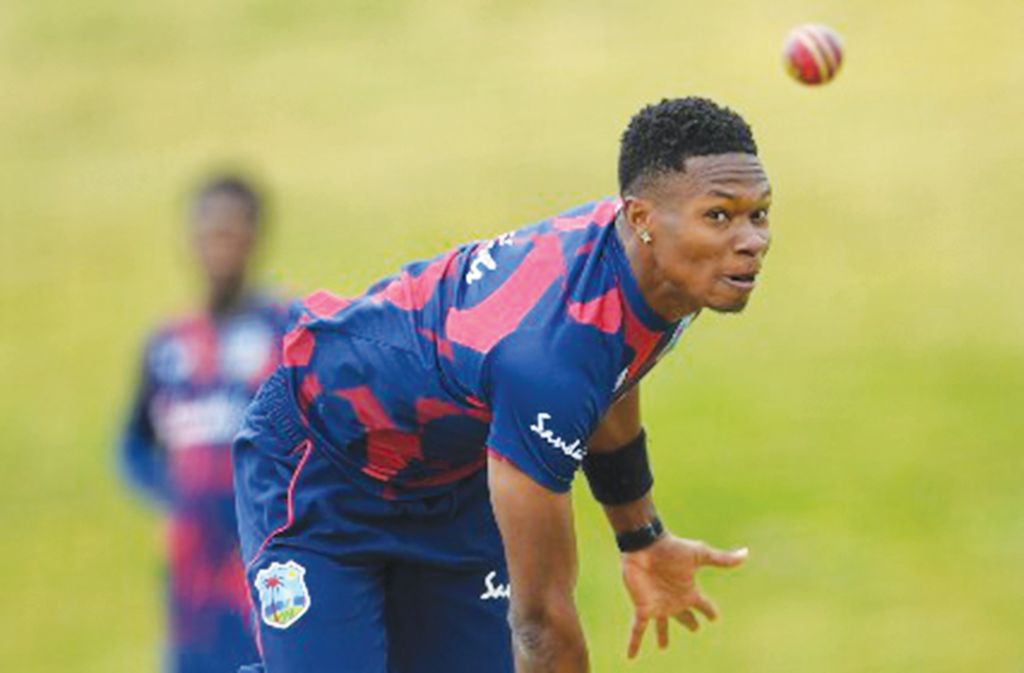 “Here we have just six reserves and the opportunity here was to include Jayden Seales in an effort
to give him some exposure and sort of fast-track his development, let him have an opportunity
to experience what the environment is like at the highest level with a view to fast-tracking his
development.
“It’s not a case of him necessarily leapfrogging the other players who went to England, and
because of the limited number of places that’s why some of the players who went to England
missed out as well.”
T&T’s Seales came to the fore at the ICC Under-19 World Cup in South Africa earlier this year when
he picked up 10 wickets for West Indies, while producing a couple of quick spells.
However, he has yet to play any senior team cricket, with his only taste of professional action
coming when he turned out in six games for Trinbago Knight Riders in the Caribbean Premier
League which ended last month.
Harding, meanwhile, has taken 54 wickets in 17 first class matches and 34 in 20 List A outings.
Last season, he bowled superbly to take 29 wickets at 23 runs apiece in seven matches, helping
Barbados Pride to lift the regional first class title.
And while 25-year-old left-arm seamer Preston McSween, who took 31 first class wickets last
season is again among the reserves for
New Zealand, no space has been found for
Harding.
Harper said he had spoken to Barbadian
Harding and explained his non-selection
had not been a snub.
“It’s a smaller number of reserves and we sort
of tailored it to meet the needs of the team,”
said the former West Indies off-spinner.
“I think Keon – as I explained to him – is still
in the forefront of our minds and there would
be other opportunities as well. Harding is not
the only one from that tour of reserves that
went to England that has missed out.”
Left-arm fast-bowling all-rounder, Raymon
Reifer, whose only Test came three years ago
in New Zealand, joins McSween as the only
other seamer among the reserves.