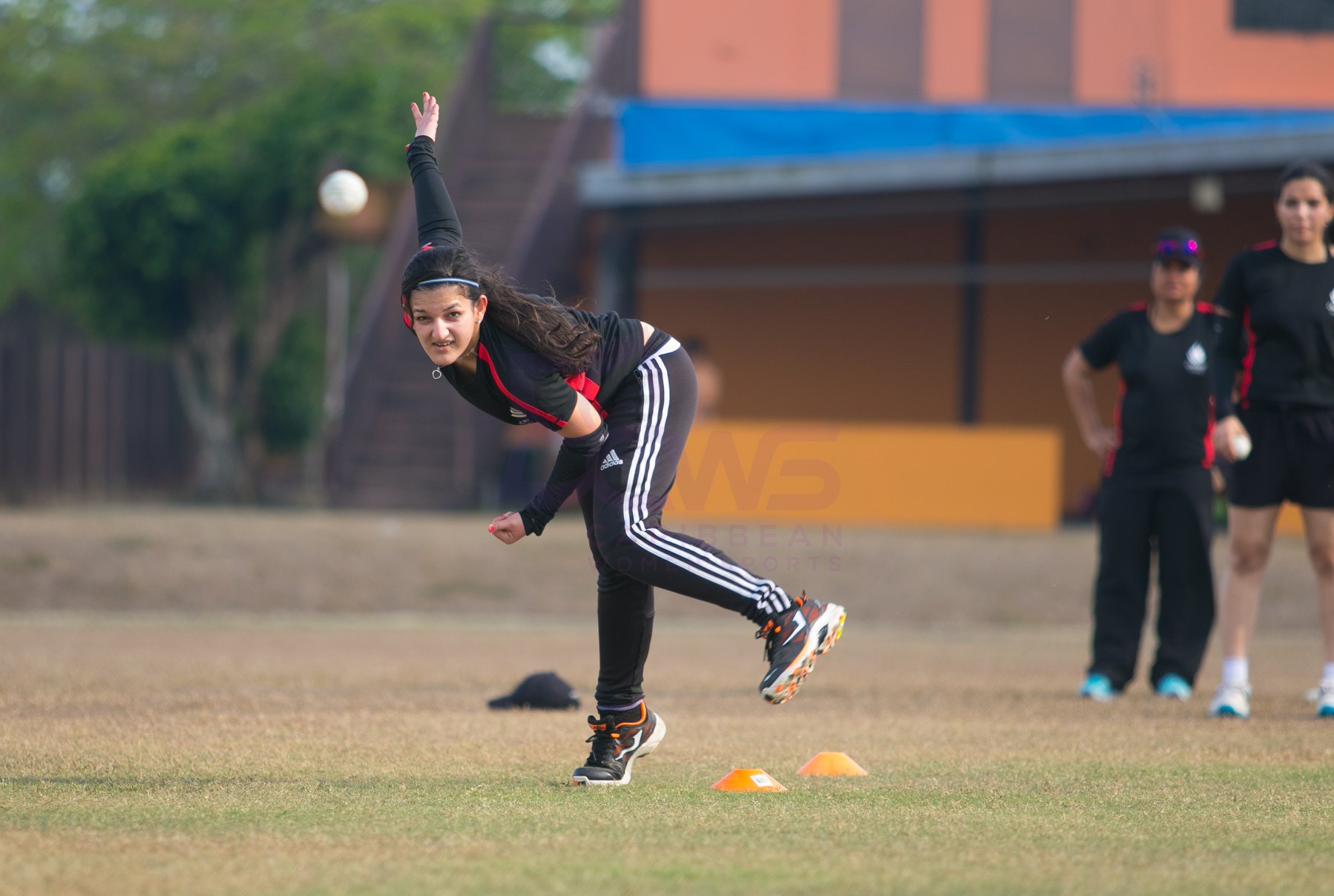 The current ongoing COVID 19 lockdown
and ever-increasing reported country-wide
case numbers have left one of Canada’s
leading women’s cricketers frustrated and
concerned. Outstanding left-arm bowling allrounder
Hiba Shamshad, labeled by Sports
Trend Canada as the flag-bearer of Canadian
Women’s cricket has like all of her fellow
national players been forced off of the playing
fields where she would preferably be and
restricted to indoor training.
As Shamshad has indicated “Everyone is on
their own and with the ICC Women’s World
Cup Qualifiers coming up in September but
due to the Canada wide COVID restrictions in
Canada, we are not able to actively practice!
I have to also say that I’m disappointed with
the Federal Government that they have not
focused on cricket as a sport that can be
exempted just as hockey and basketball have
been.
“There are 4 teams at the qualifiers including
Canada. and I’m seeing all three of the other
teams: Argentina, Brazil (the COVID numbers
for which by far outnumber our own) as well
as the USA training and practicing. If this stays
the case, Canada will be well behind all those
teams. Our Women’s Cricket Coordinator
Durriya Shabbir started virtual workout sessions
for the past two months. That by itself was a most
welcome and innovative initiative, especially
when nothing much else has actually been
happening. We will need to find further similarly
innovative solutions to help us with the actual
necessity of having match trainings and actively
playing cricket itself!”
According to Shamshad, prior to the provincial
lockdown, when other regions besides Peel and
Toronto were open outdoor trainings could have
been done in these zones. Fitness and sports
centers were also open in some zones and as
such again that time could have been used for
trainings. While Hiba fully understands that the
circumstances are not of the very best and
that the overriding concerns are all to keep
everyone safe, she suggests however, that
creativity may become a necessity through
the utilization of external resources.
“It’s now been over a year with the COVID
restrictions being on, then off and back on
again. As soon as we think things will open
up and get better, further lockdowns are
again enforced. We may therefore have to
do whatever we can to make the most of this
enforced idle time.”
For someone like Hiba Shamshad who
absolutely loves spending as much time as
possible actively playing cricket outdoors
and/or training, being forced to stay indoors
has been exhausting. With the weather also
getting better and becoming much warmer
with each passing day, Hiba and her fellow
women’s cricketers are trying their very best to
remain active while always being observant
of the established guidelines. As she has noted
somewhat facetiously “ the last thing any of
us would want is to be ticketed by the cops
for not having complied with the restrictions!”
With the nation wide COVID vaccine rollout
now been implemented as well as other
measures to control the numbers of those
becoming infected, relief for Hiba and her
fellow Canadian women’s cricketers may
yet be in sight. If not creativity in identifying
suitably workable training alternatives for
the Canadian women’s team preparation
for the September ICC World Cup Qualifiers
may indeed become a necessity as Hiba has
suggested.