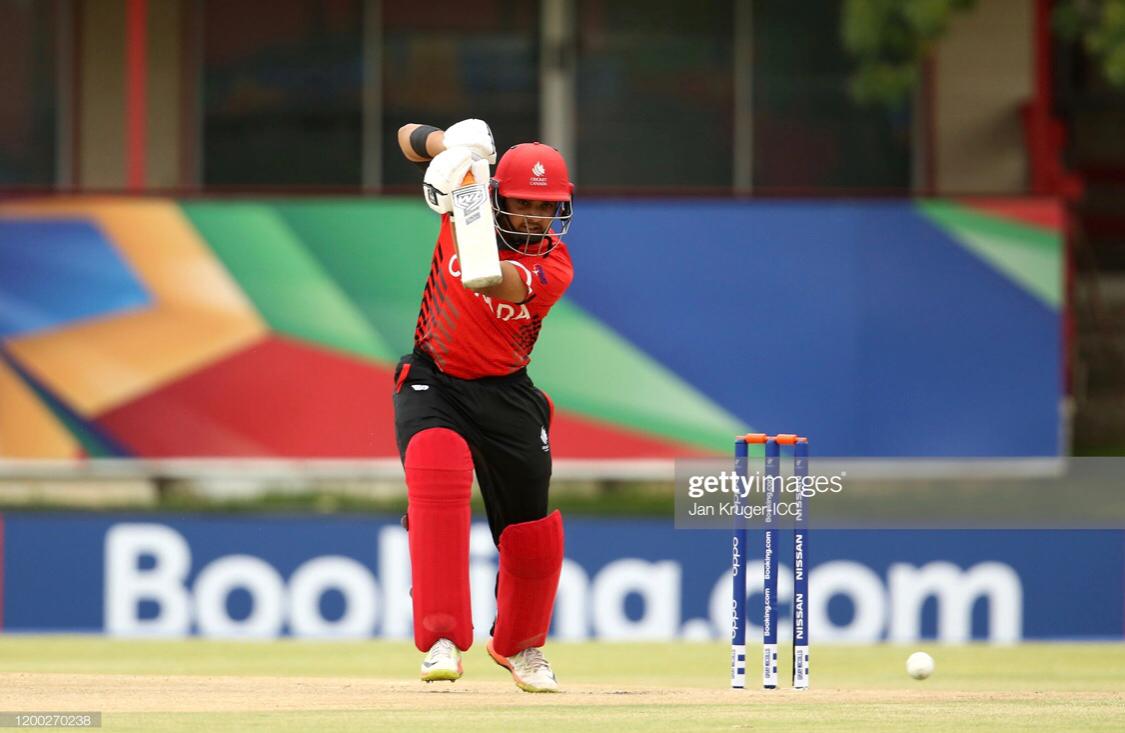 Born October 13, 2000 in Etobicoke
Ontario, Randhir Singh Sandhu,
affectionately known as Ravi to his
family, friends and team-mates, made his
Canadian international cricket debut as
a sixteen year old during Canada’s U17
tour to Houston in 2016. Ravi has since then
also represented Canada at both the ICC
2018 and 2020 U19 World Cups which were
hosted in New Zealand and South Africa
respectively.
As a left hand batter and right arm off break
bowler, Sandhu played in five of Canada’s
2020 U19 World Cup matches. He recorded
a highest score of 35 in Canada’s Preliminary
Round match against the United Arab
Emirates.
Ravi Sandhu’s interest and active involvement
in cricket began at the tender age of 10. He
was encouraged to pursue his interest by his
Mom and Dad, both serving as unwavering
sources of all the support he required at that
very young age.
Positively influenced as he was by his parents
outstanding support, Sandhu progressed
through the ranks of the Toronto & District
Junior cricket programs to eventually
become a regular member of the Yorkshire
Cricket Club starting XI in League matches.

The dual accomplishments he treasures most from
his progression thus far, are the 78 not out he made
for Canada in a 2018 World Cup match against
Kenya, as well as his emergence as the Canadian
team’s highest wicket-taker during the 2019 West
Indies Regional U19 Tournament.
As a committed cricketer who has
enjoyed participating in his most loved
sport since the age of 10, Sandhu now
has his sights firmly set on eventually being
selected to the Canadian National Men’s
Senior Team. Towards that end he also
intends to further develop his talents by
availing himself of opportunities to play
professional cricket in other countries
such as England and Australia. He strongly
believes that by visiting such countries to
play cricket, he will be able to gain more
knowledge and better develop his skills
which in turn will hopefully, also allow him
to earn franchise selection to many of the
professional T20 Leagues which now exist
globally.
In order to further develop his game, Ravi
intends to continue expanding his skills
while improving his fitness through regular
strength and conditioning trainings. By
improving his skills and especially staying
fit, he believes that he will be able to
become a more competent cricketer.
He fully appreciates that in order to
accomplish this he will indeed have to
continuously practice hard each and
every week.
As he goes about his activities towards the
fulfillment of his established objectives,
Ravi Sandhu’s evolving Canadian cricket
career will indeed most worthily qualify as
“One To Watch!”