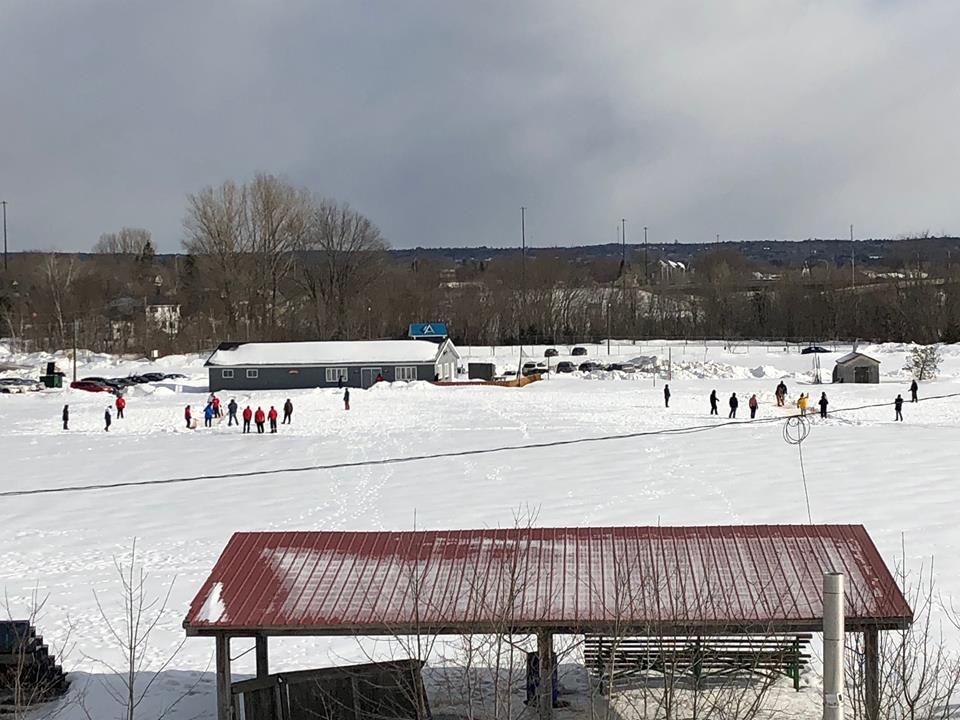 The 6th Annual Loyalist Cricket Club Snow Cricket Tournament took place this past Saturday at the Loyalist Rugby Club. The Snow Cricket tournament was part of the City of Fredericton’s annual Frostival celebrations.

Devansh Bavishi, President of the Loyalist Cricket Club, said that it was the most attended tournament in history with 10 teams and 70 players. “Every year participation has been increasing. Word is getting out in the community,” Bavishi said. Approximately 70 percent players were completely new to the game of cricket, some only learning how to bat and bowl in the 10-minute tutorial before the action started. Other neighboring cricket clubs joined in the fun with Fredericton Cricket Club and the newly formed Kennebecasis Valley Cricket Club entering teams.

The Loyalist Cricket Club brought friends to create other teams, and their club-mates on the Rugby side submitted four teams giving a great opportunity for the game to be introduced to so many at once. The format for the snow cricket tournament is 6 a side for 6 overs. Every player on a team must bat and bowl so that everyone gets an opportunity to learn the whole game.

The day started off with a big warm breakfast to fill people up for a chilly day of cricket in the snow. The pitches were in great shape, the snow was the perfect depth and consistency. However, the wind would played havoc most of the day blowing the stumps over which had to be held in position by large pieces of ice and snow. All of this just added to the experience of playing cricket in the snow.

Even with the wind, people had smiles on their faces, laughs and jokes were heard around the field and in the clubhouse all day. The first bowl was at 10:00am and throughout the day 20 games of cricket were played. A lunch consisting of delicious homemade paneer masala, dal, rice and naan was included in the teams’ registration and meant that all the players were full for the long day of cricket. 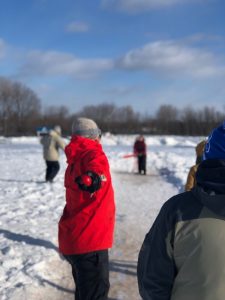 In the end, the semi-finals came down to Draft Dodgers vs KV Dynamite and FCC vs Bangers and Smash, with the two more-experienced teams making it to the final. The finals was a great match between KV Dynamite and Fredericton Cricket Club, with the Dynamite finally coming out on top.

The Loyalist Cricket Club is hoping that the proceeds from the day will go towards enhancing their programs for youth cricket in the Fredericton area. The Fredericton Loyalist Cricket Club would like to thank the City of Fredericton and Frostival for the promotion of its Snow Cricket Tournament, all the clubs and players who came out to make the tournament a resounding success and an overall great day, their club mates at the Loyalist Rugby Club for providing the grounds and clubhouse for the tournament, and especially, a place to get warm.

The Loyalists would also like to thank as well everyone who helped out with umpiring, organizing, food prep, promotion and everything else leading up to and on the day of. They are already looking forward to next year!

Who know maybe there may eve be a Canadian Snow Cricket Club Championships in the making some time soon, eh Cricket Canada? Go (Snow) Cricket!