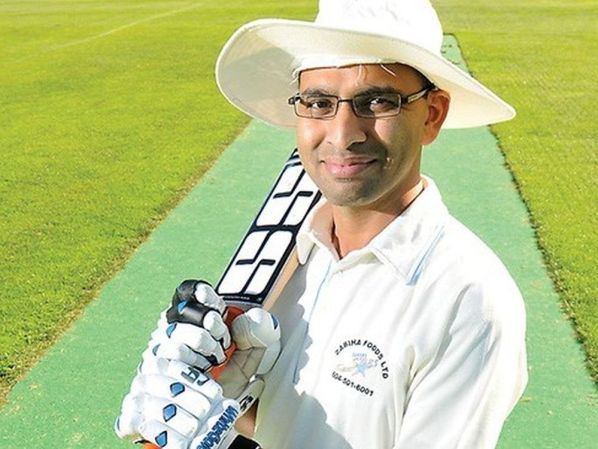 It’s a sticky wicket: More-and-more kids are playing cricket in Surrey, but there’s less-and-less room for all of them, and the adults, who enjoy the ancient bat-and-ball game.

On the night of Tuesday, Jan. 22, Inamul Desai hoped to change that.

The Vice-President of the B.C. Mainland Cricket League (BCMCL) was scheduled to appear at 5:30 p.m. before Surrey’s Parks, Recreation and Culture Committee appealing for more cricket fields and practice areas.

“Last year we had 2,200 people registered to play cricket (from Kelowna to West Vancouver),” Desai said. “That’s documented players. When I’m driving by I see so many people playing the game and I have no idea who they are. They aren’t part of an organized league or club and there must be another 1,000 of them or more.

“Surrey has been very good to us, but we’ve been caught off-guard with the demand and we need more.”

There are currently a half-dozen cricket pitches in Surrey and 28 across B.C., he said.

Cricket has a long history in the Lower Mainland and on Vancouver Island, as it does almost everywhere the British colonized. There’s reason to believe a cricket game was the first organized sports event in the new colony in Victoria, and cricket was part of the school curricula from 1850 onward, according to Cricketers in Vancouver (1889-1988).

The BCMCL itself was established in 1914.

Fans in South Asia are wild about the game and those in the Lower Mainland with roots there make up a large proportion of the players, although the Vancouver Meralomas are made up mostly of Britons, Australians and South Africans.

Desai was asked how he would compare the popularity of the game in South Asia with hockey in Canada.

“It’s bigger than hockey,” he said. “It’s the only sport that everybody would know, from kids to adults to grandparents.”

There are another 300-400 cricket players on Vancouver Island and each year the mainland champions and the Island champs meet for a test of B.C. supremacy.

“Yes, I guess you could call it the B.C. Ashes,” Desai laughed. “It’s the traditional thing to do each year.”

Surrey’s cricketers aren’t looking for the perfect pitch, just something that’s maintained, where the grass is cut short, and more ground time allotted (fields are shared with other sports). Desai is also asking for more support fields and practice facilities.

“It’d be great to have grass like on a golf green, but that’s too much to ask for,” he said jokingly.

Desai has seen a burst of grassroots growth in Surrey since he started a program for youngsters a few years ago with a softball for the kids to hit.

“We started with five teams four years ago, now there are 12,” he said. “There are 200 kids and the majority are born-and-raised in Canada.”

Surendra Seeraj Canada National Team Selector. Stern In His Belief That Selection Should Always Be Merit Based!