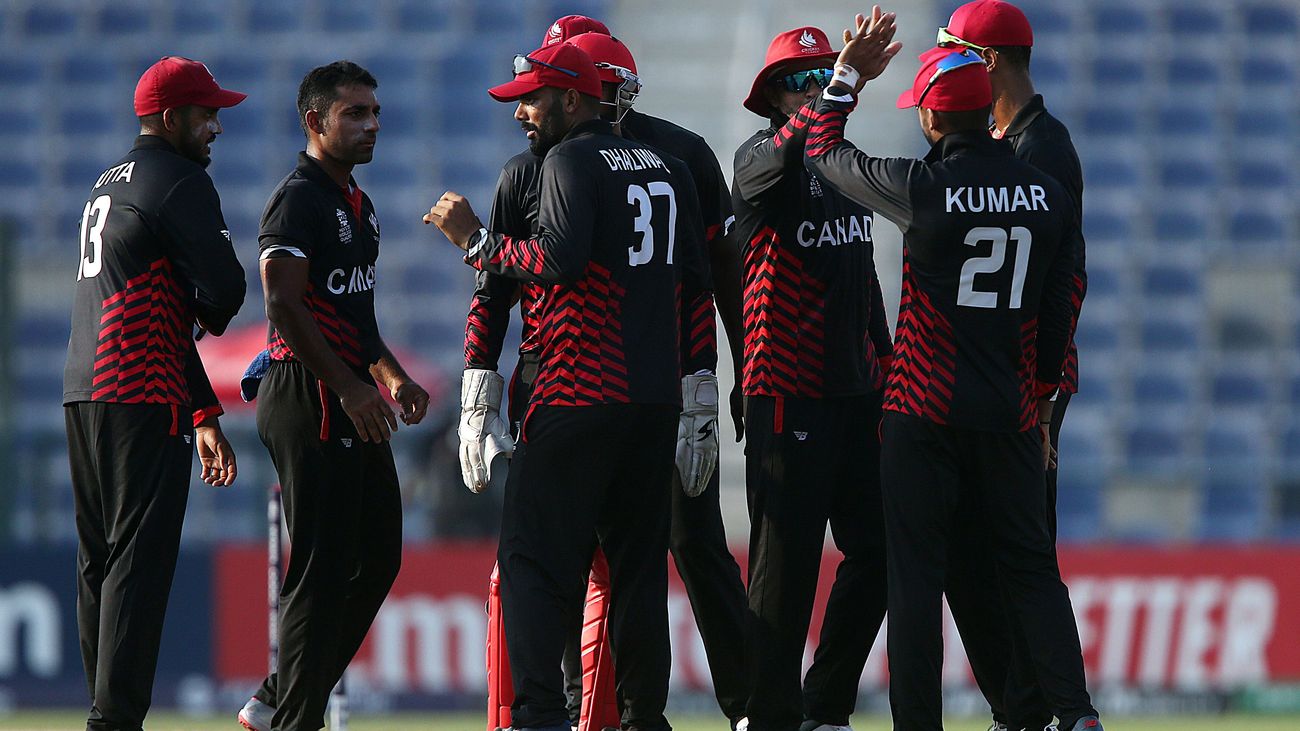 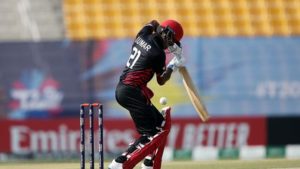 Nitish Kumar produced a third straight Man-of-the-Match performance and Canada continued their unbeaten run, beating Ireland by ten runs to go top of the table with six points. Nitish, who hadn't made a single T20I fifty before the start of the tournament, made his third in a row, the latest a 35-ball 53 at No. 3 that came in a 111-run stand with opener and captain Navneet Dhaliwal, who made 69 off 51.

Although Canada's innings dipped after that stand - from 124 for 1 in 15 overs they only managed 156 for 5 - the runs were enough against Ireland who batted their full 20 overs and lost seven wickets. This was largely down to the fact that Ireland had been reduced to 54 for 4 at the start of the eighth over.

Having lost Kevin O'Brien in the first over, they had recovered to be 44 for 1 in the fifth over. But No. 3 Gareth Delany's run out by Nitish was followed next ball by Andy Balbirnie's wicket to left-arm spinner Saad Bin Zafar, who hit the middle stump.

A drop in run rate ensued and just under three overs later, Zafar had Paul Stirling caught behind attempting to cut. At 54 for 4, Ireland captain Gary Wilson had to steady the innings with 19-year-old Harry Tector. But by the 13th over, Ireland fell to 85 for 6. Offspinner Nikhil Dutta's three overs for 12 didn't help Ireland's cause.

The eight-wicket pair of Stuart Thompson and George Dockrell had to make 51 off the last 25 balls. It proved to be 11 runs too many.