CAPTAIN Kieron Pollard says West Indies’ aggression in their series win over Sri Lanka last month was an encouraging sign of development ahead of this October’s Twenty20 World Cup in Australia.
However, with upcoming series against New Zealand and South Africa under threat because of the outbreak of the novel coronavirus pandemic, Pollard believes it has cost the Caribbean side the chance to further enhance their team building and overall preparations.
“The way that we played and the power we had in our lineup with that pace and aggression, our athleticism in the field, it brought a smile to my face the way we performed in those last two games,” Pollard said.
“And I think we’re getting there and it’s just unfortunate what has taken place now in terms of the pandemic all around the world because we had a couple series coming up against New Zealand and South Africa that would have helped tighten the grip a bit more.
“Again, those things are out of our control; we can’t think about that but it excites me thinking about the World Cup. Hopefully, we can continue to put the pieces of the puzzle together.”
West Indies produced two dominant performances in Pallekele, to whitewash Sri Lanka 2-0 in the T20 International series.
They won the opening game by 25 runs courtesy of a Lendl Simmons half-century and shot-filled cameos from Pollard and Andre Russell, while fast bowler Oshane Thomas blitzed the opposition with an aggressive five-wicket haul.
The tourists won the second game by seven wickets with three overs to spare, thanks again to Russell’s brutal hitting. 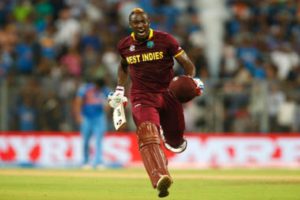 Pollard said the return of Russell and veteran all-rounder Dwayne Bravo had been a definite boost for the side.
“I thought the guys that we had – Russell coming back in, Brav coming back in (was a plus), and still there are a couple of guys around the setup that we’d love to have with us to make that complete 22-man squad that we can pick from,” he noted.

The T20 World Cup is scheduled to run from October 18 to November 15, though the COVID-19 outbreak has also threatened to put the showpiece in doubt.
West Indies will arrive as defending champions following their sensational win four years ago in India but Pollard said team-building and planning needed to be the immediate focus.
“I think the immediate goal for us would have been trying to put some wins on the board and getting a consistent group of guys to play together and understand their roles and their responsibilities,” he stressed.
“I think that’s the major thing before you go into a tournament so that’s the immediate goal right now.
“The goal is there: yes, you want to go participate in the World Cup but you want to go there winning and so you need to plan how you’re going to do that; so we’re in that stage right now.”