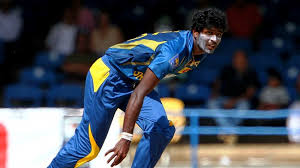 Following his outstanding performances in the recent Caribbean Regional Super50 Competition during which he emerged as one of the leading wicket-takers, Romesh Eranga has become the newfound spearhead for Team Canada’s bowling attack. Eranga’s outstanding Super50 performances included his match winning 6-21 against the Windward Islands which gave the Canadians their only win of the Tournament.

The Edmonton based Eranga captured 17 wickets during the Tournament impressing all who saw him with his pace, movement and control. With Eranga now leading its bowling attack, Canada’s chances of dismissing opposition batting lineups seems to have improved significantly.

The Sri Lankan born (16 June 1985) Romesh Eranga bowls left-arm medium-fast and bats left-handed.He became only the third Sri Lankan to take eight wickets in a List A innings; as he achieved the feat when he took 8/30 for Burgher Recreation Club against Sri Lanka Army Sports Club.

In October 2018, he was named in Canada's squad for the 2018–19 Regional Super50 tournament in the West Indies. He was the joint-leading wicket-taker in the tournament, with seventeen dismissals in six matches.

Eranga’s cricketing career highlights to date are as follows: