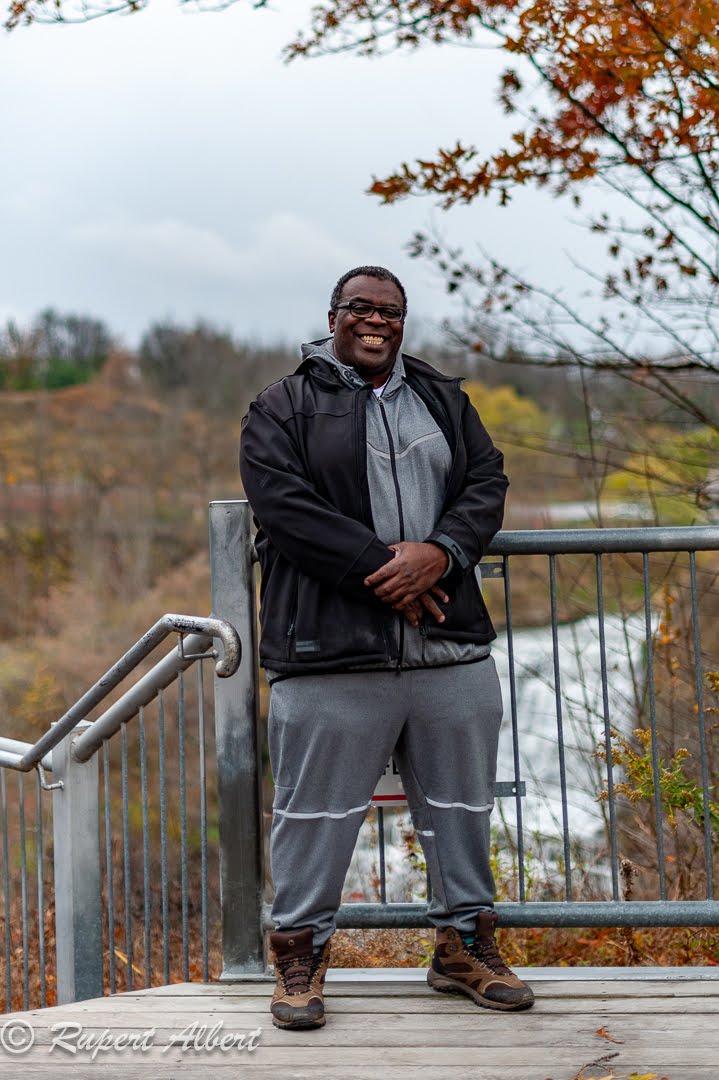 In the Caribbean, cricket is not a game; it is a way to breathe life.
When young Rupert Albert arrived with his parents
way back in 1984 from Grenada, he realized that the
most significant thing in his life hardly mattered to
anyone else in Canada. Rupert felt as if he left a large
portion of his life back home.

Soon Rupert realized that adjusting to the novel surroundings would bring harmony between him and his host country.
Rupert was always open to trying new things. Growing up, he enrolled in a marketing course at Mohawk College. Stepping out
of his comfort zone has always helped Rupert, and that is how he soared in everything he has been doing in life.
Rupert is the longest-serving executive of the Hamilton District Cricket League. For the last twenty years, he has held various
positions in HDCL, one of the most prominent being the League’s Umpires Coordinator.
Rupert is also the President of his home Club, Hamilton Cricket Club. Sitting at the helm of affairs, Rupert does not believe in a
one-person show. He ascribes many clubs’ untimely demise due to lack of structure and its management’s dictatorial functioning
style. As the President of HCC, Rupert’s primary objective is to ensure that players receive fairness for every grievance that
they put forth. Officiating as the Head of HCC, Rupert has been encouraging young talents to grow. Many promising players
are there, says Rupert, but their chance may never come because of favouritism, and then these players regret waiting in vain.
Besides these, creating a culture of equality and diversity is also another of Rupert’s top agendas.
Talented players must get more exposure, feels Rupert. Though cricket is on the revival mode, cricketing
facilities in Canada need to be as per ICC regulations. With short summers in Canada, players get little
time to practice outdoors. Thus the players find it rather challenging to face international cricketers
who play under different weather conditions.
That said, Global T20 certainly opened an array of opportunities for the Canadian cricketer.
With the success of the GT20 tournament, there is more potential for international cricket
to develop in Canada, starting on home ground with growing talent.
But cricket is yet to become a full-time profession for cricketers in Canada, and the
contributing factors are more than one, observes Rupert. First, making cricket a fulltime
career is demanding as players have to make too many sacrifices in their personal
life. Second, as cricket is not yet a national sport, cricketers find it hard to sustain the
motivation. While other sports are well recognized and facilitated in Canada, cricket is
left out. On top of this, Covid-19 brought another set of obstacles. The waning fitness of
players, arranging matches under a safe environment has been another big challenge for
this busy executive.
Rupert is a role model for the cricketing community. He has been a hard-hitting toporder
batsman and an outstanding wicketkeeper. However, instead of pursuing cricket,
he chose another career. Currently, Rupert is the security supervisor with the Hamilton
Public Library.
Rupert’s talents did not end with the bat. He picked up the camera. “In the ‘80s and
‘90s, no photographer captured the emotions on people’s faces ‘’ reminisces Rupert.
A passionate photographer, one can always find Rupert following his club and taking
fantastic cricket and nature pictures.
Canada is a country of optimism and opportunities, and so is Canadian cricket, asserts
Rupert. He advises young players to throw away fears in their minds and instead follow
their hearts’ dreams.

Zain Khot: Minding The Pennies and Bringing Smiles To Many Faces!