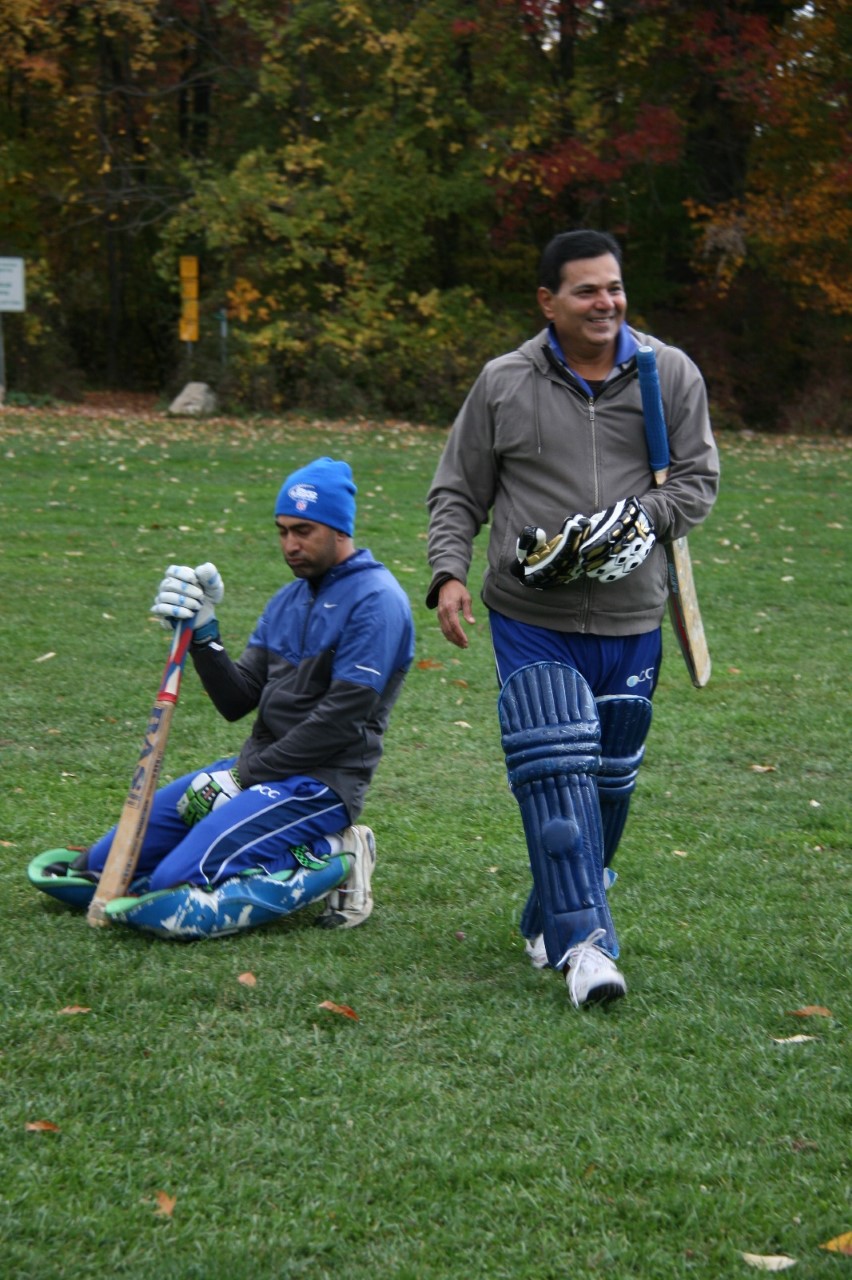 Zain Khot: Minding The Pennies and Bringing Smiles To Many Faces!

Zain Khot has been in a very cheerful mood of late. His Club, the Oakville Cricket Club, has recently won the HDCL Elite
Championship.
It has been a long journey for Zain since he joined the Club way back in 2001.
Zain was still relatively a “newcomer”. After spending some years in Canada, he had landed in Canada in 1999.
From the weather to the culture, everything was new to Zain except one familiar chord that excited him. That was cricket.
“Cricket helped me to withstand the culture shock,” says Zain with a hearty laugh.
Originally from Mumbai, India, the famous breeding ground for cricket legends, cricket has always been a way of life for Zain.
Joining the Oakville Cricket Club as its Vice President was an appropriate and exciting start for Zain.
Ranjit Chaudhri, the then Club President, empowered Zain to bring the much-needed change in the Club. Zain reorganized the
Club, outlined its financial structure, grew the membership pool, and set bylaws that govern the Club and its members.
From its loose, informal structure, Zain took Oakville to the next level.
His hard work and dedication earned Zain the position of President of Oakville Cricket Club, a coveted post he holds to date.
Though a beginner in cricket administration, Chaudhri saw great potential in Zain.
Chaudhri introduced Zain to the Hamilton & District Cricket League to take charge as its Treasurer.
Coming from an accounting background, Zain was best suited for this role.
But Chaudhri’s positive recommendation inspired Zain to rise to the new challenge.
Back in 2008, debts hounded HDCL. It had no resource backup for expenses, and there was none to take accountability.
With his sheer hard work, Zain revived the Club’s financial position, bringing it back to substantial growth and profitability. As
of date, HDCL is in credit and has enough funds to run the Club, infrastructural and other expenses.
Canada has given Zain new life skills that he was unaware that they existed within him, confesses Zain. The country has given
him the confidence to take up challenges, balance work and family and, most importantly, realize the true meaning of social
service. This experience, acquired in humility and with hard work, has gifted Zain with success. Zain is the Financial Controller
with a reputed organization and is an accomplished citizen of this country.
In his last two decades of living in Canada, Zain has witnessed
exponential cricket growth, especially for last three years.
There has been a sea change in mindset too, observes Zain.
From the days when players compromised to play matches had in
a hockey field, or when the ball would land in someone’s backyard,
Oakville Club has come a long way.
Today Oakville Club has its home ground named Glenashton Park. It
is not just the facilities; Oakville Club has also grown in size. From
a single -member club, OCC it is now a four-member club with 100
members. Zain aspires to take it to eight clubs. Oakville Cricket Club,
with active support from the municipality, OCC is committed to
playing and growing the sport in Oakville.
Fondly called the Penny man for his strict surveillance and total
professionalism, Zain ascribes his success to the support he received
from his team.
He remains focused on his role, though, and practices what his mentor
Chaudhri had said, “Don’t go after small victories and think big.”
Serving cricket and its cause with a missionary zeal, Zain Khot
believes that a penny may seem very insignificant, but it is the small
seed from which fortunes spring.
Zain’s success with two prominent clubs stands testimony to that.