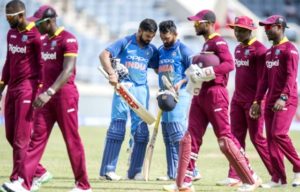 West Indies will begin their bid to become World Test champions during the India Tour of the West Indies which starts in August and will be sponsored by MyTeam11 and co-powered by Skoda and Kamla Pasand.

The West Indies and India will play two Tests – from August 22 to 26 at the Vivian Richards Cricket Ground in Antigua and from August 30 to September 3 at Sabina Park in Jamaica – during the five-week Tour, which also includes three Twenty20 and three One-day Internationals. 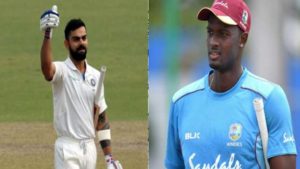 The two Tests open the new ICC World Test Championship, which will be played over the next two years and has been introduced to give greater context and competition in the “Ultimate Test” of the game, combining strategy, skill and endurance.

The MyTeam11 Series starts with three T20Is, with the first two matches being contested back-to-back on the weekend of August 3 and 4 at the Broward County Stadium in the city of Lauderhill in the American state of Florida.

Only one of the two T20Is produced a result when the two sides played at this venue three years ago before sell-out crowds, with the second match ending in a no-result, due to a rain and technical delay..”

The last of the three T20Is in the MyTeam11 Series will be played on August 6 at the National Stadium in Guyana, where the series also transitions to the 50 overs-a-side format with the first ODI taking place on August 8, the first time in three decades the two sides will contest an ODI in the South American nation.

The MyTeam11 ODI series concludes with matches – on August 11 and 14 – at the Queen’s Park Oval in Trinidad.